In 2005, the Bureau of Internal Revenue (BIR) launched an anti-tax evasion program called Run After Tax Evader (RATE). The program aims to punish tax evaders, encourage people to voluntarily pay their taxes and solidify the reputation of the BIR. If you’re looking to report someone who might be guilty of tax evasion, then this may serve as your guide. 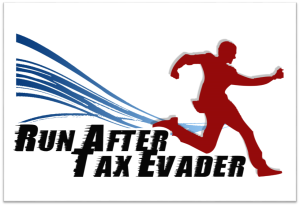 What is Tax Evasion?

Tax evasion or tax fraud is the act of committing illegal methods to avoid or reduce the payment of taxes.

Under the law, anyone who can provide credible information which leads to discovery of tax violations can be an informer. However, he must be willing to prove his allegations by undergoing the process of providing substantial evidence. An informer may be blacklisted if found supplying false information.

Once the agency collects any tax liability from a valid tax evasion case, the informer shall be entitled to a reward. However, not everyone is entitled to the informer’s reward. Here are the exceptions:

How to Report a Tax Evader

First, you need to know the Revenue District Office (RDO) where the said tax evader is registered. Then, you can proceed to report the case together with the “substantial evidence” to the Regional Investigation Division (RID) of the Revenue Regional Office governing the said RDO.

For convenience, you can email your sworn statement together with the supporting documents to rate@bir.gov.ph.

According to Section 282 of the National Internal Revenue Code (NIRC) 1997, the reward is 10% of the taxes and penalties recovered from the tax evader. Or One Million Pesos per case, whichever is lower.

It takes a hero to report a tax evader. But while it is indeed a daunting task that holds no promise of success, the thought of being in service of the nation is far more rewarding than any material gain.